What is vendor lock-in (and how to break free)?

Vendor lock-in is one of the greatest constraints to your flexibility if you decide to rely on a single cloud provider.

The no-nonsense guide to IaC and Terraform

One senior DevOps guy that I recently spoke to said he would burst into tears of despair if he got a request like one in the meme above. Don’t worry, we’ve got you covered.

Sometimes products are so popular that the whole market becomes synonymous with the product's name - walkman, photoshopped, velcro, to google, to terraform are just a few examples.

Terraform has for quite some time been de facto synonymous with Infrastructure as Code (IaC). It is an open-source tool released in 2014 that basically does one thing and does it extremely well. Terraform makes sure that IT infrastructure (real world) is consistent with the desired configuration.

In other words, Terraform is a state machine that can manage resources backed by REST API.

This won't be a HOW TO tutorial piece that duplicates the role of documentation. I will instead share my thoughts on the WHY of Terraform.

I.LOVE.TERRAFORM. I have used it since 2016. We used Terraform to validate our product’s proof of concept at CAST AI.

There is a market challenger called Pulumi, but I don’t think anything really threatens Terraform’s domination at this point.

If you are an engineer and you haven't heard of Terraform yet, your resume needs urgent CPR (find an hour to complete Hashicorp’s excellent tutorial).

Kubernetes cost estimation: 4 problems and how to solve them

If you work with Kubernetes, you know this pain: estimating the cost of a specific Kubernetes workload is really hard. We talked about why controlling cloud costs is so difficult here.

But there are a few things you can do to ease this pain and arrive at a more accurate estimation of your workload costs.

Let’s go over the strategies to help you control the costs and make the most of your resources.

Kubernetes log processing: 4 challenges and how to solve them

Application logs are a great help in understanding what's happening inside the application. They come in handy for debugging and monitoring cluster activity. But what are the most common challenges in Kubernetes log processing, and how can developers deal with them?

The idea that you can build an app in one place and then deploy it across multiple clouds is an enticing one. That’s why multi-cloud solutions are on the rise today. They promise to help developers in expanding their cloud portfolios and battle for the industry’s attention.

AWS down again: Slack, Zoom, Notion likely affected. Why sink with them?

Amazon Web Services (AWS) had a second outage in two months on the 4th of January. Slack, Zoom and Notion were likely among the affected businesses.
On the 25th of November, AWS had another major outage. Widely utilized services like Amazon API Gateway, Lambda, DynamoDB, CloudWatch, CloudTrail, CloudFormation, Autoscaling, Athena and others were affected.

"So many services being impacted simultaneously may be indicative of a large software rollout, or potentially localized underlying hardware or network issues,” said Leon Kuperman, CTO and Co-Founder at CAST AI. “If it’s a software issue, it’s unusual that AWS would have chosen US-East as a canary region. US-East (Virginia) represents the largest AWS region and largest customer footprint, which would put it near last, if not last on the rollout schedule."

Can Google unplug the internet?

Update: Google published some more details about the incident in the Google Cloud Status Dashboard.

As it turned out, the Google User ID Service that handles authentication credentials for OAuth tokens and cookies detected outdated data. Google was migrating the Service to a new quota system.

They just did. Google followed in AWS footsteps and let a portion of their key services to go down. Google products – YouTube, Google Image Search, Google Analytics and the whole Google Workspace package (Gmail, Calendar, Drive, Sheets, Docs, Slides and others) were inaccessible globally.

We identified the main culprit – Google OAuth service, which is used to access Google products and access to many major apps like Asana, HubSpot, Discord, Slack, Figma, Monday.com and many others. If your organization is reliant on one of these products, you were left barehanded without the tools needed to do your work. CAST AI uses several independent services to log in to our platform, including Google OAuth and others, precisely to eliminate the risk of one sign-in tool being unavailable.

Google down, my business down.

Engineers usually joke that if Google goes down, the internet goes down. That’s how tightly knit the two are. But that proves the cost of over-relying on cloud native applications and services from just a single cloud provider. For startups and enterprises alike, today’s reliance on Google will cost many millions of dollars. The cloud leviathan will survive, the companies will have to recoup on their own.

This time it was OAuth. Next time it could be Compute, Network, Storage, and other Infrastructure as a Service (IaaS) related services. Complete dependence on one cloud provider puts your business in danger of being taken down together with Google, AWS or Azure.

“A cloud failure should not become a disaster. Never again.” said Laurent Gil, CPO and Co-Founder at CAST AI. “You can rest easy knowing that your infrastructure is never down.” Companies have to take back control and have a multi-cloud disaster recovery and fail-over strategy. This way, Asana, HubSpot, Discord, Slack, Figma, and Monday.com at least can know that their users are left unscathed.

CAST AI empowers companies to run applications on multi cloud, and automatically shifts resources to Azure or AWS when Google Cloud has troubles. Don't let your cloud consumption be affected by a single cloud company.

Kubernetes deprecating Docker - what’s the deal with that?

TL;DR
Everything is fine. Docker images will still work on future Kubernetes versions. Read this article if you’d like to know why this won’t actually affect you at all.

Kubernetes recently announced that it’s deprecating Docker as a container runtime after v1.20. But this announcement is more of a viral headline than a real revolution.

When AWS sinks, why sink with it?

Cloud me a river 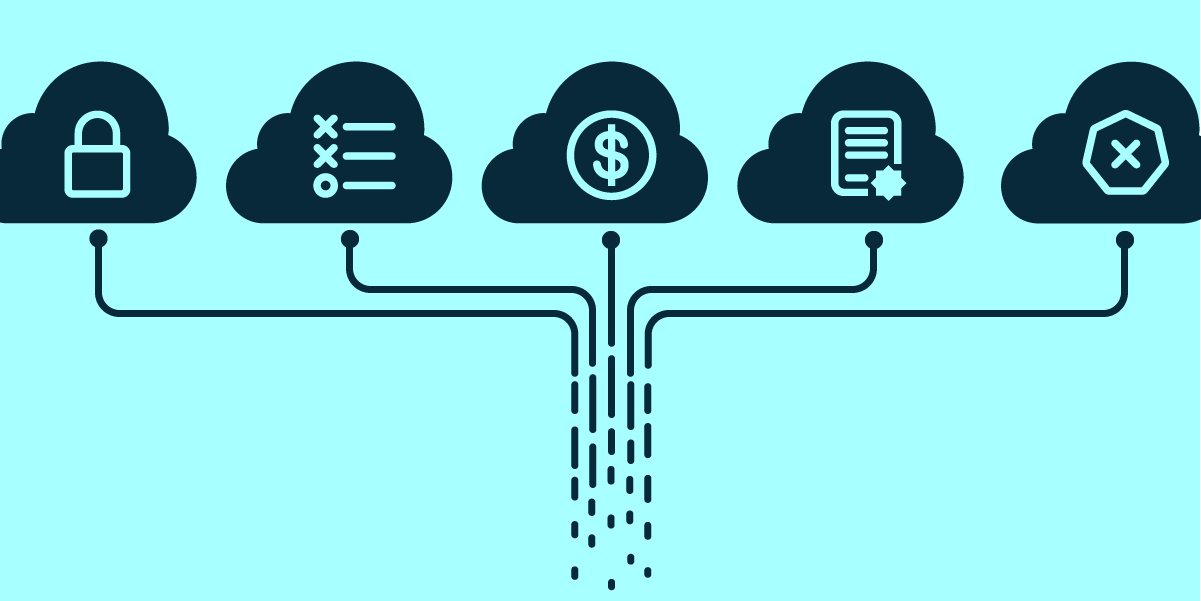 “Multi-cloud is the worst practice” – is it, really?

Run Kubernetes
On All Clouds Simultaneously

If you have any questions or just want to say hi, drop us a message at hello@cast.ai.